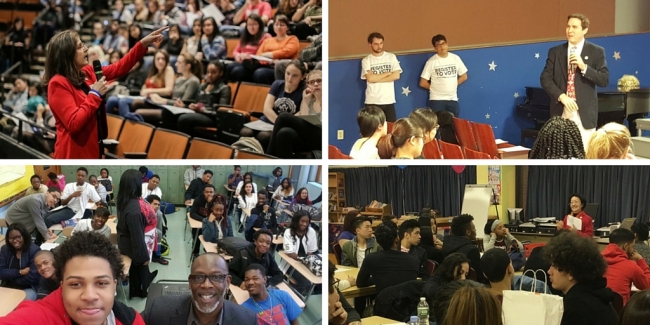 New York City residents between the ages of 18 and 30 have the lowest voter turnout and are less likely to be registered to vote relative to any other age or socioeconomic group. Only 11% of youth voted in New York City’s mayoral election in 2013. Currently, 80,000 voter registration forms a year are delivered to high schools across the city, but there is no system of follow-up to ensure that the forms are filled out correctly by eligible students or mailed to the Board of Elections.

SVRD aims to counter low youth voter turnout by giving students the opportunity to register to vote in the classroom. The overarching message of the day is that all people – and particularly young people, whether or not they are eligible to vote – can and should be involved in their communities, because politics and elections affect their everyday lives.